The following article was written by John Vaughan.

"In December 39, I was sworn in as a Sergeant Wireless Instructor in the Royal Artillery and given the King's Shilling with a book that the attesting officer said would tell me how to keep my feet clean. Needless to say it didn't. This took place at the Territorial Drill Hall in Deansbrook Road, Edgware, where Godfrey Winn joined the Navy as a seaman to endure and record subsequently the horrors of the Murmansk convoy PQ17. His book "PQ17" is well worth reading. I had unknowingly enlisted in the techniques of radar of which I was unaware as it was a secret although by then the Germans had better radar than ours.

"In early 1940 the authorities were setting up a vastly expanded army centred on the Territorial Army, and the fag-end of the regular army, the best of which was the BEF in France. Thus it was mainly novices running affairs. It was a miracle we survived. Anti-aircraft defence was too complicated for the regular army in peacetime, horses were more to it's taste, so an amateur army, i.e. the TA, was given the job and this formed the core for the expansion needed for wartime. The effect on me was that I was never with the unit to which I belonged, I was always attached to some other unit and like a stage army I was always on the move, to give an impression perhaps of larger forces than actually existed. I was posted to Dover, Hoo in Kent, sites in Edinburgh, Aberdeen, and London. Nevertheless, I managed to train various radar operators.

"At Dover (that was my first posting) I was attached to a TA unit at Swingate Camp to the east of the town - this was 88th Heavy Anti-Aircraft Battery that was manned for eight guns but had only four. Therefore, half the men ploughed the fields and scattered while the rest manned the guns, week and week about. This was long before concreted in gunnery, we were a mobile unit of 3.7 heavy AA guns in sandbagged emplacements. The site was within sight of the Duke of York's school where we had a weekly shower under rather low sprinklers. I loathed it here; as the unit had been together for years I was regarded as an intruder, another wartime annoyance. I was in a group of sergeants most of whom were the local team of dustmen in civvy life, also the officers were an unfriendly bunch who asserted that they were really only interested in horses and bitterly resented their conversion from field artillery to anti-aircraft. This was an affectation to say the least for a TA unit. Anything technical was beyond the pale thus I got the dud officer. One elderly subaltern effected the manner of the cheeky young officer of fiction and always wore his riding breeches and leggings about the site, haw-haw-hawing as he went about his simple duties. Later on the spare half went off to form cadres for new units being formed as the expansion of the conscript army commenced.

"This unit must have smartened up after I was posted away as the prowess of the Dover AA gunners is mentioned approvingly in an account of the Battle of Britain. They really were in the front line as the neighbouring RAF Chain Homing radar was pasted when the Luftwaffe tried to smash the 'eyes' of the RAF along with its airfields. There was also a Coastal Defence/Chain Homing Low radar perched on the cliff edge. Some of the high masts for the aerials of the CH station are in place still (2003) and are a convenient support for microwave dishes for Anglo-French radio links.

"This was a miserable posting, the site was on the top of the 'White Cliffs of Dover', and in the month of March sea mists swirled over the place accompanied by the mournful bellowing of sundry lighthouses on land and lightships in the Channel; this did nothing to cheer me up. The bleating of flocks of sheep accompanied by the melancholy clanking of a nearby cable railway carrying coal to the Port of Dover added to the atmosphere of general doom and despondency. Evidence of the cable railway can still be seen at the east end of the port as a sloping shelf cut in the cliff face where the pylons and cables ran. It linked Betteshanger colliery with the coaling facility on the Admiralty quay.

"An unusual event was the visit to the site by King George VI who inspected the radar set with my operators and me in it. He was most smartly turned out as a Field Marshal and was delicately perfumed, I noted. He said that Mr. Watson-Watt had explained the system to him, but regrettably before he could really get into his stride an air raid alarm was given and he was hustled off the site. It was a false one, of course, but I might have spoken to the sovereign, who knows?

"This was in early 1940, before the war had really started, and I was sent to the 'Chinese' village of Hoo near Rochester to join a school where radar operators were trained. Again I was amongst a team of instructors who had been gathered together since before the war and resented the intruder, I don't know what they had to hide, but they were a cagey bunch, again with a dud officer in charge. Nevertheless, I enjoyed my instructing duties.

"It was an odd time, the war raged in earnest now and I could see the smoke from the fires in Dunkirk. Fighters came over doing victory rolls and the radio was full of bad news, but I went cherry picking in the evenings and mooched around Chatham now and again. I was allowed 12 hour leaves and occasionally a 24 hour pass, thus was able to go home occasionally.

"Before the Blitz started I was posted to Scottish Command and I didn't see Dover again until 1945 when I was astonished at what had been constructed in the vicinity of Swingate Camp, but that is not my story." 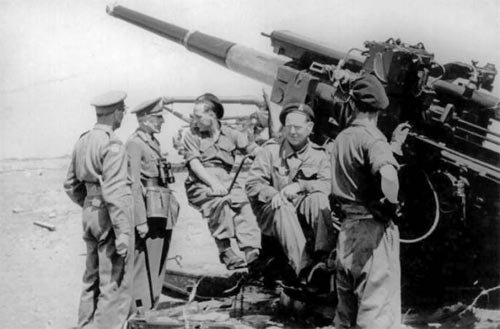