"The Wounded at Dover" by John Lavery (painting)

The station had just been completed in 1914 when war broke out, and was first used for transporting the sick and wounded who were returning from Flanders. Between January 1915 and February 1919 an estimated 1,260,000 wounded and ill soldiers passed through the port and were moved on to all parts of the country from the station. 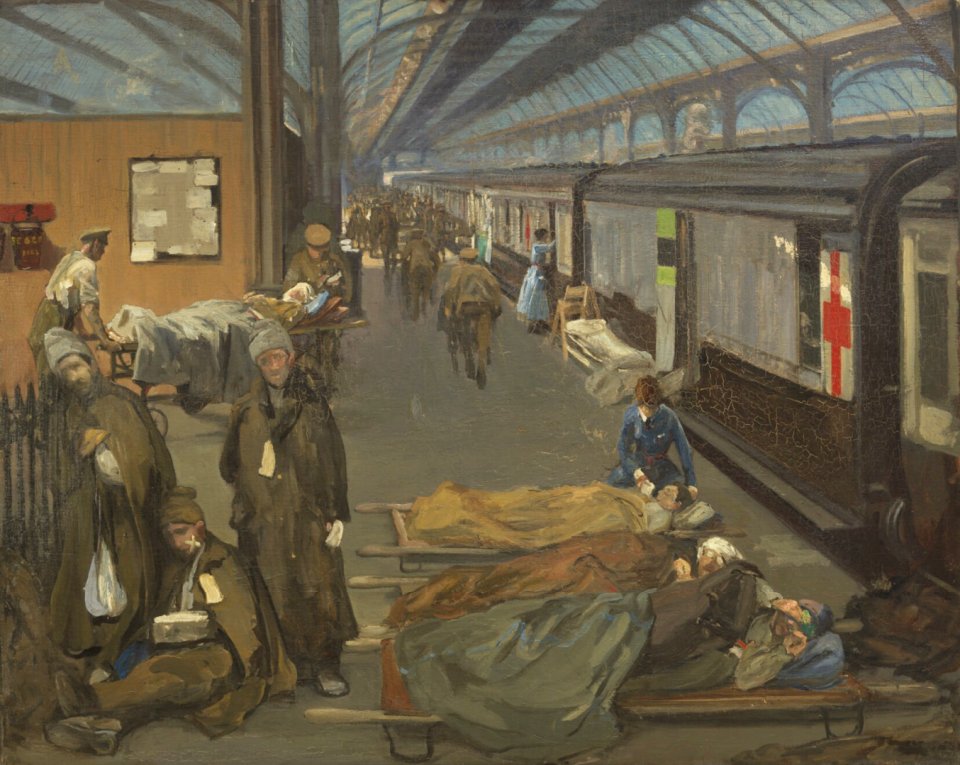