Image drawn by Harold Oakley, taken from The Graphic, 16 October 1909:

Today, October 15, the Prince of Wales formally inaugurates the great Admiralty Harbour, which has been under construction for eleven years. The works were designed by Coode, Son and Matthews, the contractors being Pearson and Son Limited. Some idea of the magnitude of the undertaking may be gathered from the fact that the sea works, aggregating 2½ miles in length, have been constructed necessitating the use of 260,000 tons of Portland cement. The total cost of construction has been over £5,000,000. The harbour has been the principal base of the Atlantic Fleet since the beginning of the year. 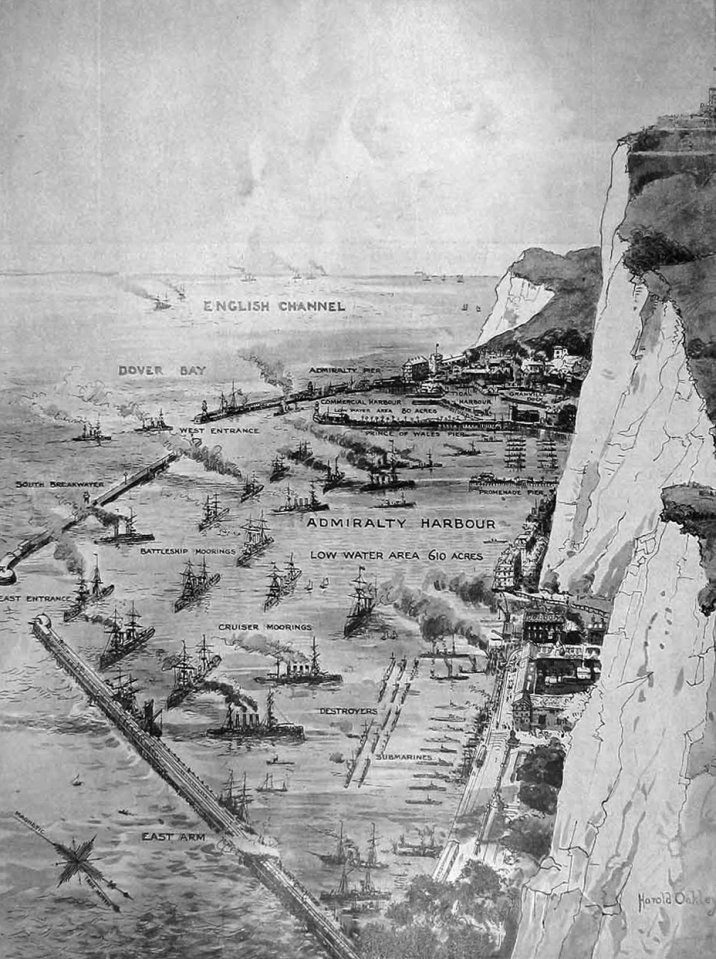